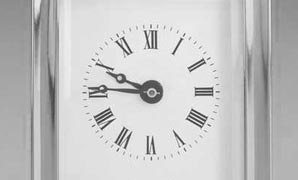 How Long Do Surveys Take?

Market research companies recognize that the feedback they receive from their panelists is invaluable, so they have devised a payment plan of rewarding survey takers for their efforts. The rewards allotted are dependent on a variety of factors, with one of the main components being the expected time someone would need to fully complete the survey.

In general, most surveys take between five to thirty minutes to complete. The company producing the survey would devise their own formula to determine the amount of time one would need to finish the survey. Companies do expect panelists to take their time and fully understand each question, so estimated times are fairly accurate. There is less benefit to them to have members rush through their surveys and give incomplete feedback than to study each question carefully before answering.

After a time is determined for a particular survey, that information is announced to the survey-taker, usually within the email invitation or at the start of the actual survey. With this information the panelists can choose if they have the time available at that moment to complete the survey or if they would prefer to wait and answer the questionnaire at a later time.

Due to the large number of topics that business and organizations need the public’s opinion on, each survey produced can be of a different length. For instance, a poll asking which political party someone is likely to vote for could take less than five minutes. In this instance, a news organization may need the information for the next day’s broadcast, so the survey would be short and only open for a few hours. However if a production company is interested in a member’s opinion of a movie trailer, the survey itself would be longer as the survey-taker would be expected to watch the trailer (perhaps several times) and then provide feedback.

Market research companies take measures to ensure they receive quality feedback. If a member tends to complete surveys in an amount of time deemed to be too short for a thorough reading of each question and to give honest feedback, they may have their account flagged and be informed that they may not receive more surveys in the future unless this behavior changes. This policy is stated at the beginning of the survey, reminding panelists to take the necessary time to understand what is expected of them and what kind of feedback the company is looking for.

Overall, surveys tend to be on the shorter side (under 20 minutes) as companies understand that for most members, taking surveys is a casual, part-time activity and that the panelists have many other factors in their life demanding their time and attention. Most companies try to keep the surveys interesting and relevant to those receiving them, which is why members are occasionally asked to complete a “personality profile” type of survey. In this way the market research company doesn’t waste the individual’s time by sending a survey about dogs to someone who has no pets at home, for example.

How to Take Part in Surveys