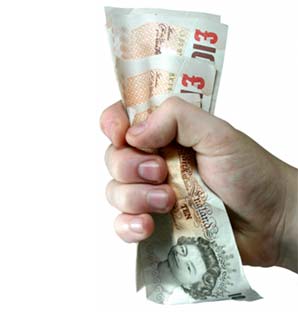 UK residents are one of many groups of consumers eligible to take surveys for money. This is a fantastic way to earn extra income for those who are interested in sharing their views with local and foreign companies to help create and improve their products and services.

The opinion of consumers is a valuable commodity for research market companies. Many are willing to pay for this data, and survey companies facilitate collecting data from participants and delivering them to international companies, while rewarding said respondents. The usual scenario involves a questionnaire being delivered to the survey taker’s email address, and upon completion, cash or points are deposited into the account provided by each survey company. A cash balance or points are accumulated until a minimum amount is reached and are then exchanged for cash.

Why Some Companies Use Points Instead of Currencies

Not all survey companies are headquartered in the UK and many have branches worldwide, so paying money for survey takers through a point system promotes fairness. For instance, paying 3 GBP for a survey taken by a member in the UK and 3 US Dollars to an American filling out the same survey does not pay the members equally. With exchange rates that change daily it is in all fairness that consumers who take identical surveys for money are paid in an equal amount of points. Therefore, simply rewarding all panellists a set amount of points for taking the same survey results in all survey takers being compensated equally for taking the same survey, as the survey company can calculate the value of these points in one’s local currency when they’re ready to cash out.

Having set reward levels for points collected also allows the survey taker to be in charge of when they wish to be paid out. They have the option to cash out with the minimum number of points are reached or can accumulate more points for a bigger cash-out in the future.

How Money is Paid Out to Survey Takers

Companies have a few different ways of paying their members who take surveys for money. Two of the most popular ways members receive cash are through cheques and PayPal. If the company pays out via cheque, members must provide their mailing address during registration to that particular survey company in order to receive their payment. A quicker way that is gaining popularity is sending cash through PayPal. If a survey taker chooses this option, they simply inform the survey company of their PayPal account name and the money is typically transferred faster.

In the survey email, it is generally written what amount of points one can earn at the start of each survey. The amount of points awarded varies according to the length and complexity of each survey. Consumers who wish to receive more surveys (and therefore more points) are encouraged to fill out their demographic profiles completely so as to make them more eligible for a wider variety of surveys.

Who is Eligible to Take Surveys

In the UK, almost anyone who is a British resident over 18 can sign up to take surveys for money. Teenagers as young as 13 may also be eligible to become members of some survey companies, providing adult consent is given. Each survey company lists applicable criteria for membership on their website. Completing surveys online is a great way to earn extra pocket change for people who enjoy sharing their views on a variety of products and topics while helping to shape the product environment around them.