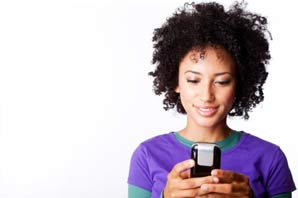 Mobile Surveys in the UK

There’s no doubt that the use of mobile surveys is growing in the UK and abroad. With vast majorities of the population owning mobile phones in developed countries and with less developed countries catching up quickly, it’s no wonder that market researchers are looking into new ways to survey their audience.

More Mobiles than People in the UK

A study by First Direct way back in 2007 already concluded that there are more mobile phones in the UK than there are people. 71 million handsets, or 2.5 mobiles per every adult in the UK shows the nation’s affinity to the world of cellular devices. In fact, according to Ofcom, 93% of adults in the UK currently own their own mobile device, with the vast majority of them using smartphones.

If you are interested in taking mobile surveys, check out the following companies and apply to be a panellist so that you can be available to participate in their mobile surveys.

There are a few types of mobile surveys: SMS text surveys, online mobile surveys and picture surveys. Each has its own features and benefits.

As the name implies, this type of mobile survey is sent to the user by SMS text message. The survey is conducted purely through SMS, so no broadband connection on the user’s part is required. Surveys of this nature are typically short – around 5 questions or so. The main benefit to both the survey taker and the market research company with this survey method is that the survey taker is able to take the study immediately, without being tied to a computer. This allows convenience on the part of the survey taker and allows the market research company to receive results of the survey extremely quickly. The downside to SMS text surveys is that any type of media is not typically able to be included. This includes pictures, video, sounds, etc. so the survey itself is therefore only in pure text form.

This type of survey methodology requires the user to have a broadband connection on their mobile. The survey taker is notified of the survey via SMS text message, which includes an online link to the survey. When the user clicks the link to the study within their text message, their internet browser opens on their phone and they can then access it. The main benefit to this type of mobile survey is that pictures, sound, and video are able to be included in the survey. The downside is download times on the user’s side and also that not everyone with a mobile is able to partake in such a survey, as not all users have a broadband connection for their mobile device.

This is a unique type of mobile survey wherein the user is asked to take pictures with their mobile phone at an event, at a particular location, or of a product. This type of surveying is very unique and can be used in conjunction with other types of surveying methods. Of course, the survey taker needs to have a camera installed on their phone in order to participate.

The world of consumer surveying is changing just as quickly as the digital landscape. Fifteen years ago online surveys barely existed and now it seems every market research panel has an online presence. Today, mobile surveys are becoming increasingly popular among market research companies to poll their panellists and with different types of surveying methodologies being available, it is only a matter of time before mobile surveys become more sophisticated and adopted by more and more companies.