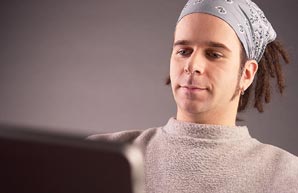 Online surveys are often used by companies to gather information regarding future product releases, marketing ideas, as well as current products and services. The data from surveys is generally used by a company to gain an idea of how its consumers will react to a planned product release. Based on the reaction that the product or concept generates, businesses get a clearer perspective on whether it should be brought to market and, if so, what alterations should be made.

Online surveys have become increasingly popular in recent years. They are easier to distribute, and the results from them are easier to aggregate since the data is already digital. There are many different ways that a company can approach an online study. More and more, companies are starting to use mobile surveys as a way to collect data. These are short surveys that can be taken on a mobile device and distributed to very large amounts of people.

For example, suppose a company is planning to redesign the packaging for its product. Typically, when a company is redesigning its packaging, it is making an effort to expand or modify the brand. However, simply rolling out the new design may prove disastrous if consumers react negatively. To mitigate this risk, a company might publish an online survey displaying images of the proposed new design. A series of questions would then be asked to gauge consumer reaction.

Different forms of media may be used in online surveys. Typically, in a common survey topic such as a product redesign, different images may be shown to the survey taker who then rates them. If a company is planning to release a new product and wants to gauge consumer interest, the survey respondent might watch a commercial or short video about the product and then answer questions about what they watched.

Questions in a Survey

Scale Ranking. These are probably the most common questions used by online surveys. A question is asked, such as “How much more likely are you to purchase the product based on the new look?” A numbered scale, usually ranging from one to ten, is provided. Consumers rate their reaction, generally with a ten indicating a highly positive reaction and a one indicating a highly negative reaction. This is beneficial to the company because it provides a uniform response platform for all respondents.

Multiple Choice. Instead of a scale ranking, a question might have multiple choice options available as answers. Consumers read through a list of options describing potential reactions, and select the one that closely matches their response. This method allows for a more unique reaction than a scale ranking, but can make the results harder for the company to find useful.

Fill in the Blank Possibly the rarest form of survey question, because it must be sorted through manually. Usually, these are found at the end of an online survey in a comments section. A question is asked, and the respondent is free to answer however he or she feels. Generally, these are used by companies that are performing very specific research about their products.

In the last decade, online surveys have gone from being a rarity to almost commonplace. As communication becomes easier, companies have found more and more incentive in reaching out to their potential customers to find out what people are looking for. Online surveys and, more recently, mobile surveys provide businesses with a direct gateway to perform valuable market research.

If you’re not already a survey panelist, start voicing your opinions by joining an online survey panel at no charge. Consult the surveys list for a suitable market research panel for you.